Mount Barker (not to be confused with a small town bearing the same name near Adelaide, South Australia) is a medium-sized highway town in Western Australia, lying 350km south of Perth. The town is named after a nearby hill, which in turn was named after British officer and explorer Captain Collet Barker in 1829. Mount Barker serves as the administrative centre of the Shire of Plantagenet, and is home to almost 3,000 people.

European settlement in the area began in the 1830s, but the town of Mount Barker was not officially established until 1892. The local economy is based on apple orchards, wheat and viticulture, which are suited to the area’s Mediterranean climate, but canola, timber, sheep and cattle farming are also important agricultural activities. Mount Barker is home to a number of Australia’s historic, heritage-listed buildings, and also caters to the popular spectator sport of horseracing at the Mt Barker Racecourse, which pays tribute to the town’s wine-making and racing links with an annual “Grapes and Gallops” Festival in January. The other important event on the town’s calendar is the Mt Barker Cup, held every year in March.

All About the Mt Barker Cup

The Mt Barker Cup is a 2,000-metre handicap flat race for thoroughbreds on turf that was originally run as the Patriotic Fun Cup over 1.75 miles, which converts to close to 2,800m. In 1948, the name was changed to the Mt Barker Cup, and the race has been run at Mt Barker Racecourse each year in March ever since.

The king of the Mt Barker Cup is generally acknowledged as the late Murray Reid, a trainer from Pingrup who trained four consecutive winners in the race between 1968 and 1971. Two of those races were won back-to-back by Kefu, and in 1976, another Reid-trained horse, Pikadon, won the race, giving Reid an as-yet-unbeaten record of five wins in the Mt Barker Cup. Apart from Kefu, horses that have won the Cup twice include Muromoon (1987 and 1988) and Colorado Belle (1994 and 1995). Caisceen (1951, 1952 and 1955) is the only horse to have won the Mt Barker Cup three times. The record for the heaviest weight carried by a winning horse belongs to Turn A Glow, handicapped at 60.5kg in 1999. The odds offered in such racing games by Aussie sports betting sites encourages many punters to try their lucky.

Jockeys Jim Lemon, Grant Gibbs and Glenn Simpson have all won the race twice. Misty Bazeley, the first female jockey to win the Mt Barker Cup, did so in 2001, on Monotony Boy. The record for the race (and the Mount Barker Racecourse track), a time of 2.00.80 was set in 2005 by Shotgun Kid.

This year’s race was run on Sunday, 15 March, for a total purse of A$35,000. The winner, who scooped A$22,500, was Backhouse Street, trained by Graeme Evans and ridden by Jason Whiting. In second, third and fourth places, respectively, were Soldier’s Salute (trained by Mark Nelson, ridden by Kyra Yuill), Toned (Mark Bairstow; Peter Hall) and King Point (Mark Nelson; Mitchell Pateman). 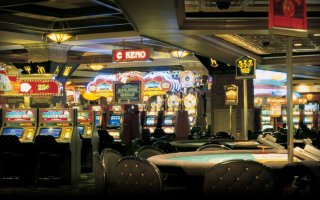 Casino Dress Codes Around The World